Medium weight, white paper, cut into a square from an A3 sheet, which was then folded several times to create a 3D, interactive, party/entertainment game. It was first unfolded and then stencilled with numbers in some sections and printed with messages in other sections, using a tiny letterpress kit. Finally the four larger, square sections were printed with festive images from four separate lino-cuts in primary colours. After printing was completed, it was refolded, ready to play and packed in a cellophane bag, tied with twine and was labelled, like a gift. I also drew out a a black and white line instruction sheet, so that recipients could create their own game.

This idea for this Christmas card harks back to a childhood game that I played with my friends at school. We folded a square of paper, several times over, to create what we called a 'fortune teller'.To play involved choosing an image and then opening and shutting the device, spelling out the word, followed by a number choice and more opening and shutting of the device, counting, until at the end, the 'fortune teller' was opened to reveal a secret message. I decided to make a larger sized game so that it could also be displayed as a 3D object - it was very hard to decide on the correct weight of paper. I also decided that the festive, secret messages and images should all be positive and bright and that it was to look modern with clean lines. I found out during my research that not everyone used the 'fortune teller' name, but that they were also known as a 'chatterbox'. That name sounded better with the word Christmas, hence it became a 'Christmas Chatterbox'. Although it had several sections to print, it was actually very suitable to produce in numbers. The very hardest part was to fold them accurately - they simply didn't work if you didn't take care. 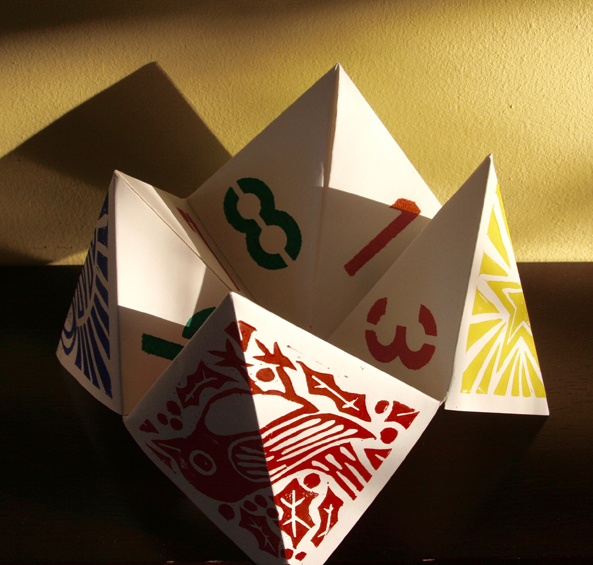 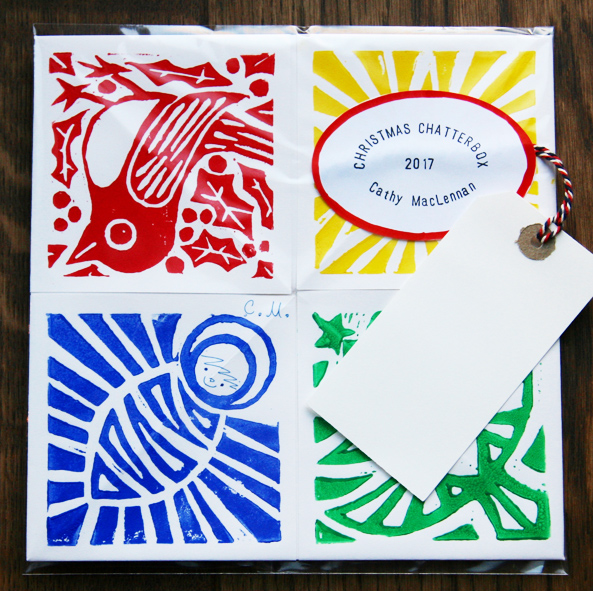 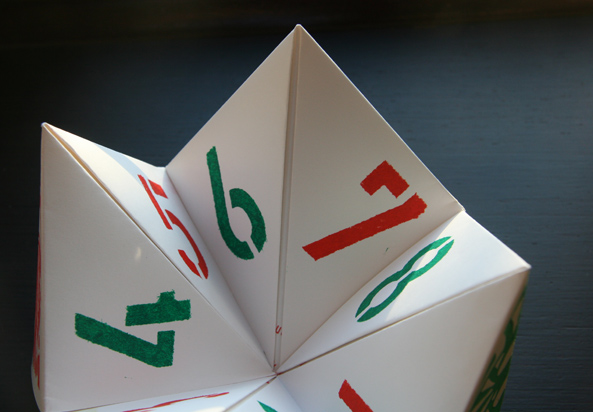 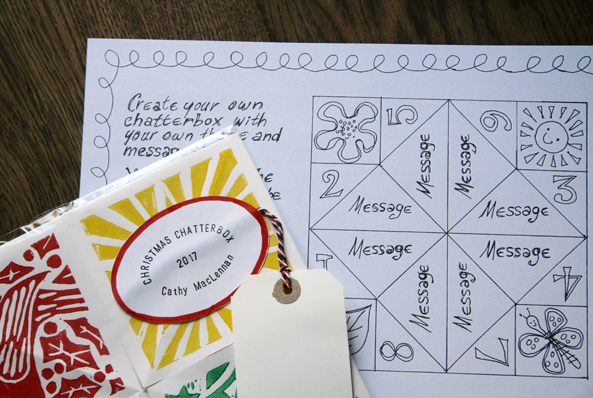 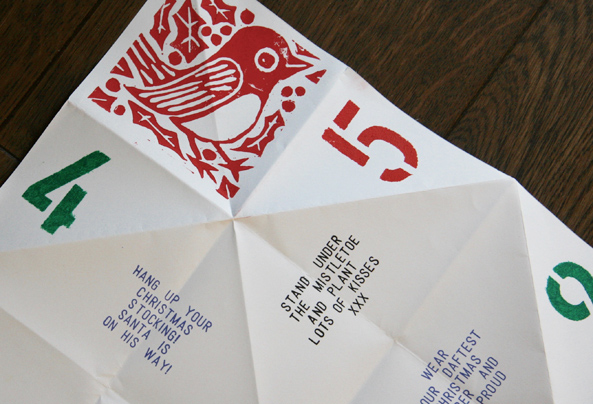