A twelve page, black and white comic, digitally printed onto medium weight, silk finish paper. Stapled spine. Supplied with pack of twelve coloured marker pens so that the comic can be coloured by the recipient. Comic wrapped in black and white, polka-dot tissue paper, then tied with string and red card gift tag. Small leaf sticker to seal tissue paper.

The idea of setting the Nativity story in Covid times, illustrated as a comic, as this year's Christmas card kept coming into my head. I dismissed it several times as it would require a lot of illustrations/hard work - and to complete it in time for the printing deadline seemed impossible. In the end, I just had to do it - this year's card needed to reflect the year we had had, dealing with Covid. I drew, and re-drew, the most bizarre Nativity story, as ideas came into my head - incorporating the way we communicated, worked, used social media, used PPE/face masks/testing, during Covid and lockdown in 2020. Cultural and political influences were included, via characters such as a Trump-style Herod and a Love Island-style Angel Gabriel. The story incorporates a tribute to our NHS workers (depicted as a host of angels) and the phenomenon of clapping/creating rainbows to thank them. Mobile phones and drones also make an appearance, as do Zoom and Microsoft Teams. I couldn't resist using a photo of my grandson Hugo as a reference to draw baby Jesus. The spiky, circular Covid virus particles appear throughout, sometimes minute, at other times the size of a planet and represent the constant threat felt at that time, but essentially this is a hopeful tale, in keeping with the original story of the Nativity. Colouring books were also very popular during this time to reduce stress/pass the time, so the comic was drawn entirely in black and white line, to be coloured by the recipient. A pack of twelve brightly coloured markers were supplied with each comic. 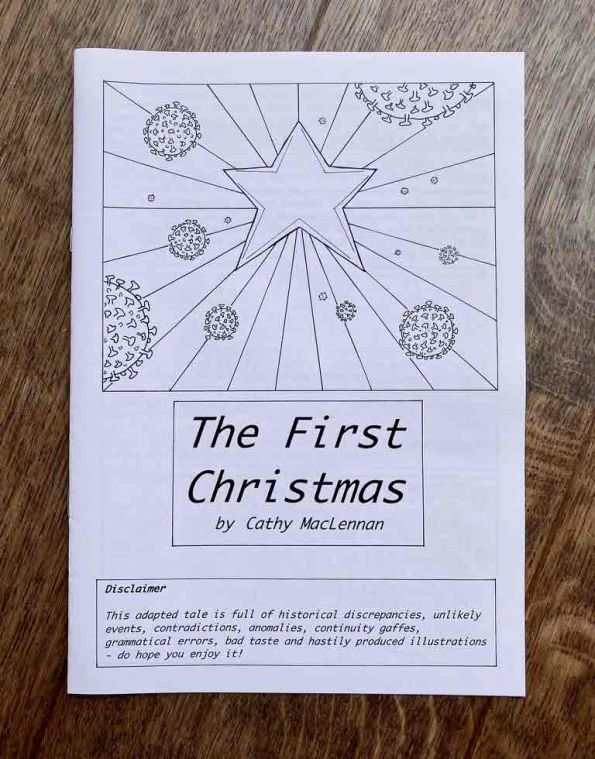 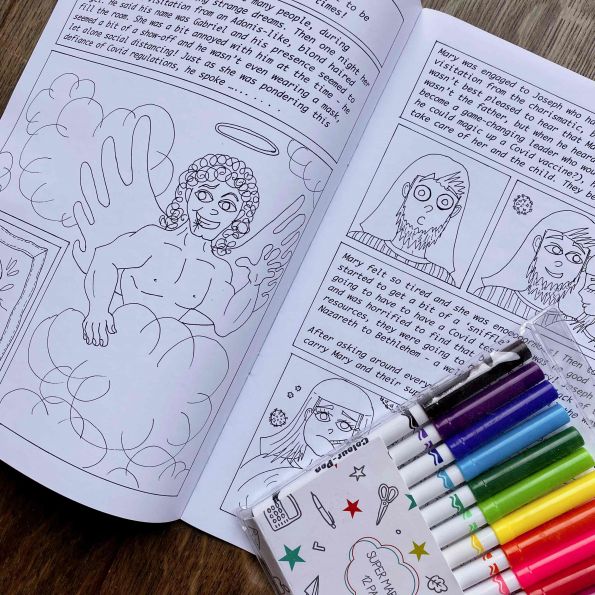 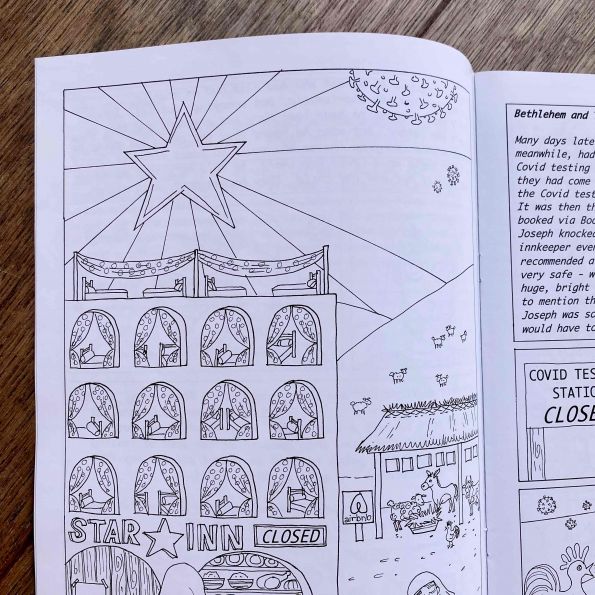 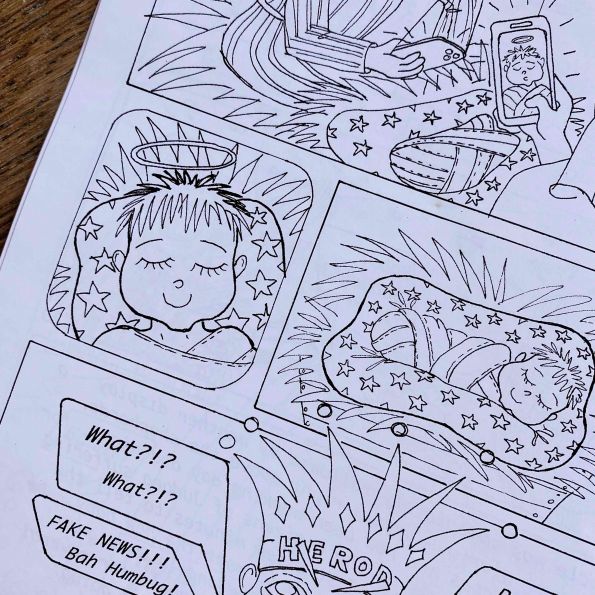 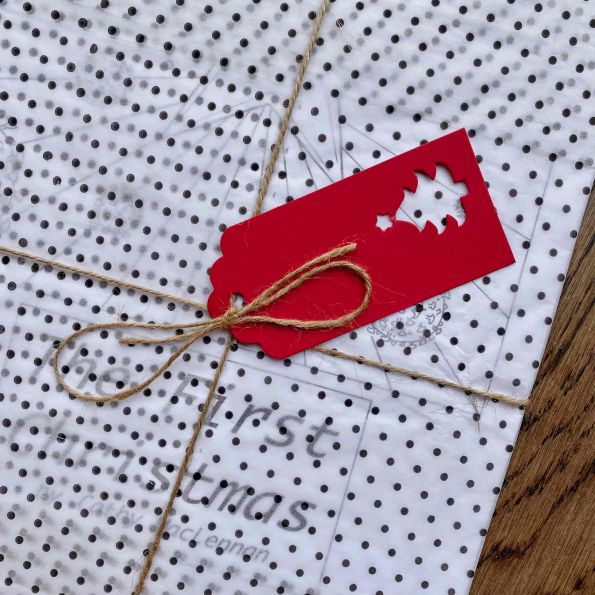 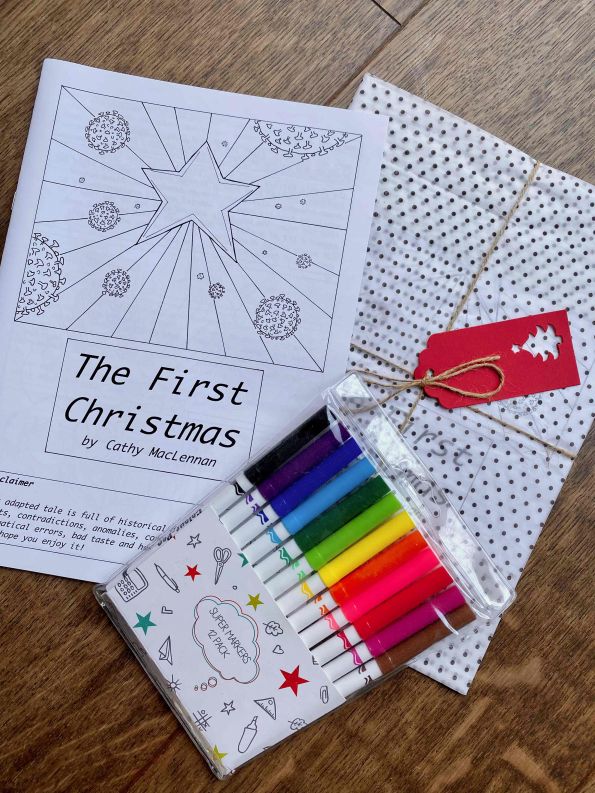