I was lucky enough to be asked by my publisher, Boxer Books, to take part in the London Illustration Fair 2015, alongside super-talents Jane Ray, Lisa Stubbs and Sebastien Braun. We each had our own space within the Boxer Books area to display prints, stationery and other goodies related to our books. And we were in the company of fantastically talented illustrators, some established, but also the best of the upcoming young talents, which was truly refreshing! I also had the opportunity to read my picture book When When When Will it be Christmas to a crowd of children and make snowflakes which left a blizzard of paper to clear up! Great fun altogether! 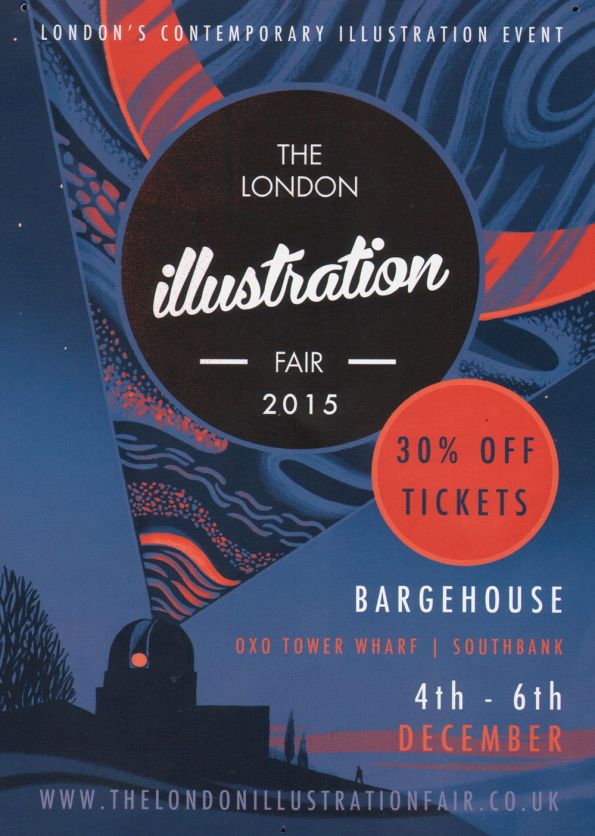 My current project combines my picture book illustration and mural skills. Following a winning bid and funding from the James Patterson Trust, I am painting two book benches, a table, and a sign with my picture book illustrations to create a reading corner at Chapter One Books in Woodley, Berkshire. They are one of the few remaining, successful, independent book shops and the new reading corner is to grow/nurture reading in young children - hence it is entitled the Book Garden.

The plan is to open the new reading area in the shop during the Autumn term 2015. Here is the design/concept. 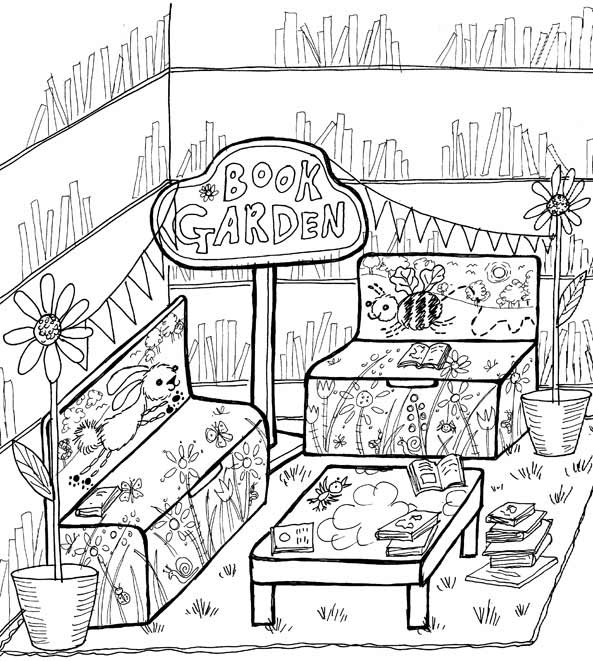 I've just discovered Khadi paper - which is heavy cotton rag paper with a beautiful deckle edge. Experimenting with very quick paintings, which I can do really freely. Hope to do lots more! Here are a few examples. 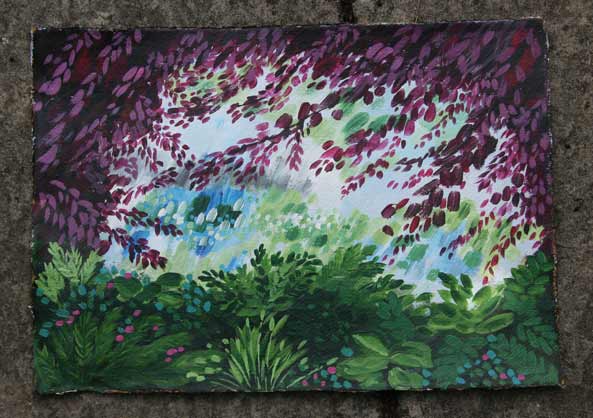 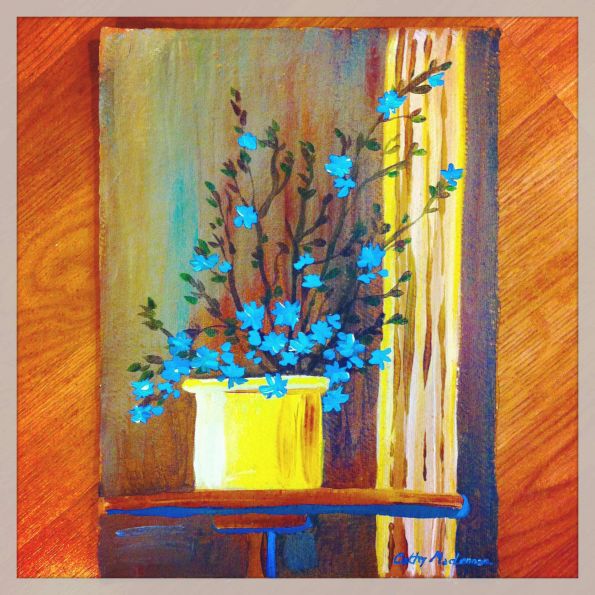 Been working on several paintings - some commissioned, some personal work. Mostly acrylics on canvas. Very enjoyable! 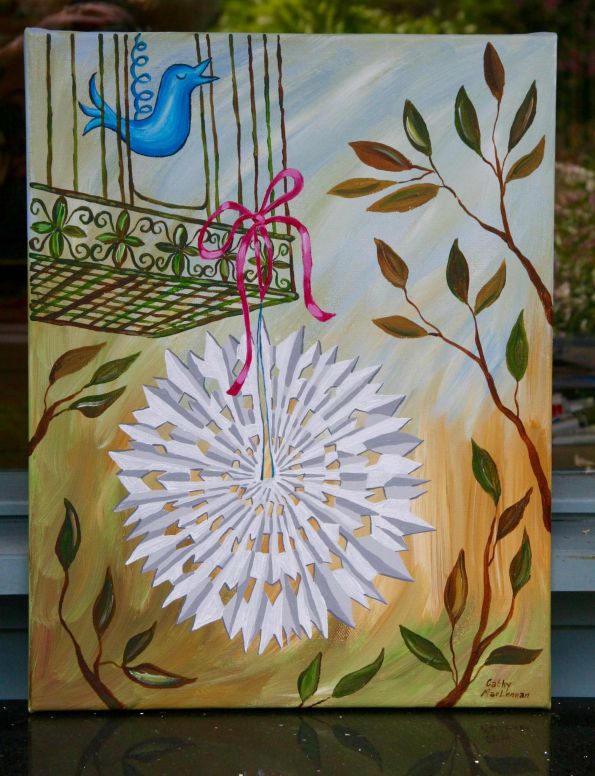 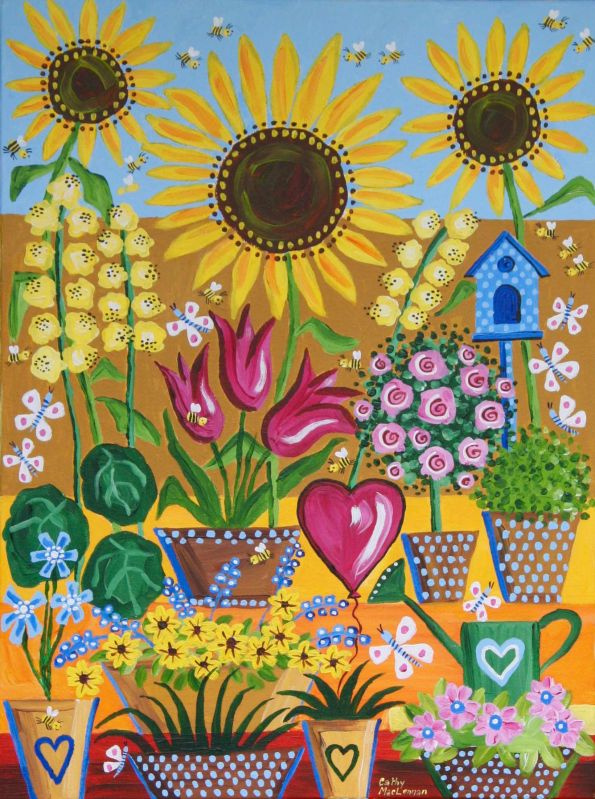 Logo and Branding for Bakery

A new bakery in Oxfordshire - A Piece Of Cake - asked me for branding and a logo to be used for cards/social media, stickers for cake boxes etc. They wanted it to look both rustic and modern, so I used my favourite brown paper background and experimented with simply painted cake designs. Additionally we made a font inspired by piped icing. I did try white, but pink worked a lot better, with an added white edge. I based the cake design on an actual cake made by the company and whilst it looks simply painted, I was pleased with the life-like and appetising yellow sponge texture.

I may paint more bakery product images for the company in the future. 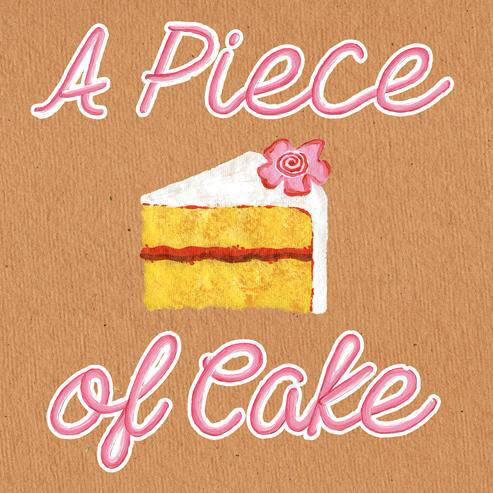 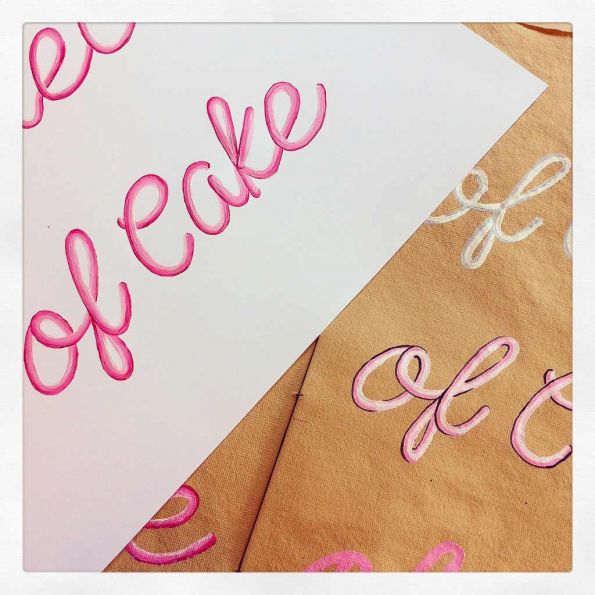 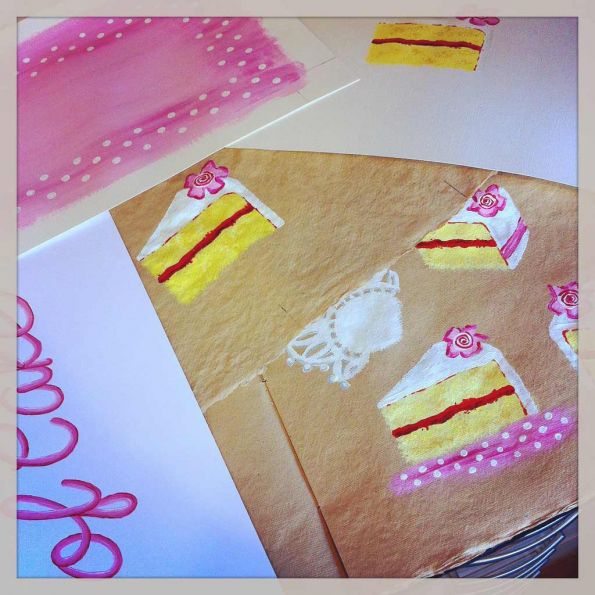 I was thrilled to be asked to design an image for the front of a wedding invitation, in the style of my book illustrations, for a wedding this July in lovely Taormina, Sicily. Strangely I am going to this very place for a holiday in September so was enthusiastic about this design project. We decided on the idea of two lovebirds, bougainvilliea flowers and two wedding rings. I did several roughs, but it was only later that the idea of adding a vignette of Taormina and of course Mount Etna came to me. This dictated the palette of colours - pink and purples for the flowers and mountain and the golden yellow colour came from the colour of Taormina houses.

The cover and other pages were tied together with pink ribbon at the top. Additionally the guests will receive a limited edition print of the image. I was really pleased with the final image and my clients loved it too! 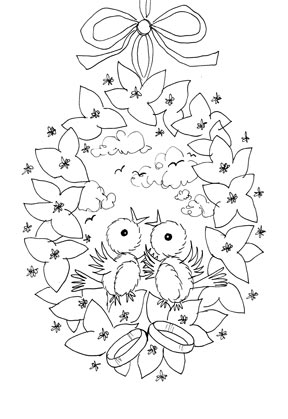 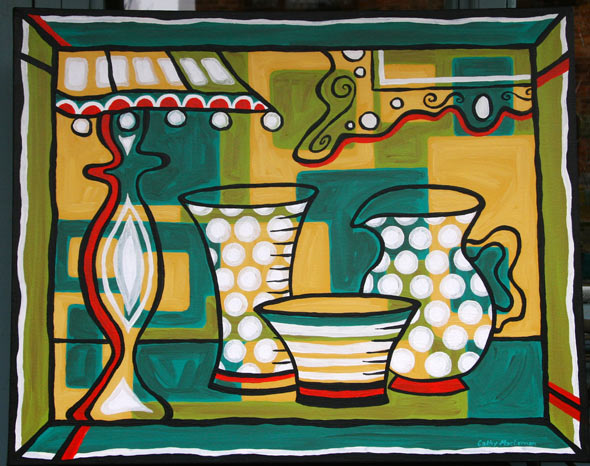 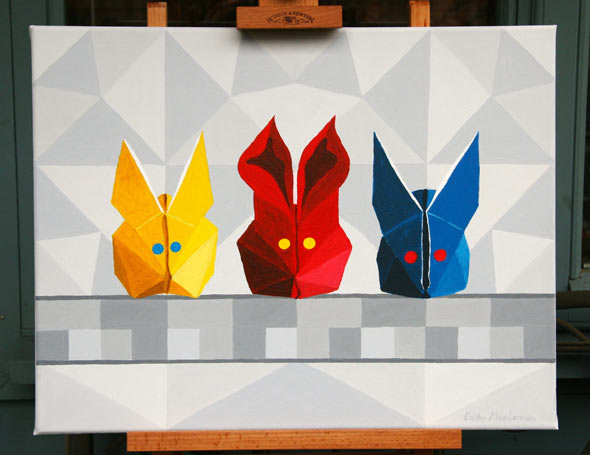 The first is a canvas version of my 'Suburban Spot' image, painted with acrylics. The original image has been used as a rug design and a napkin design, but was originally painted on to a tray and was inspired by a visit to Charleston in Sussex. I've also painted it on a postcard for a charity art sale. This is the fifth version, so I've called it Suburban Spot #5.

The second painting is called 'Watchers' and is really a comment on the way that we are all constantly watched, recorded and are in some way like data. So slightly 1984 and dystopian - also slightly humorous I hope. Again I've painted in acrylics.